Taken from “Not in His Image” by John Lash 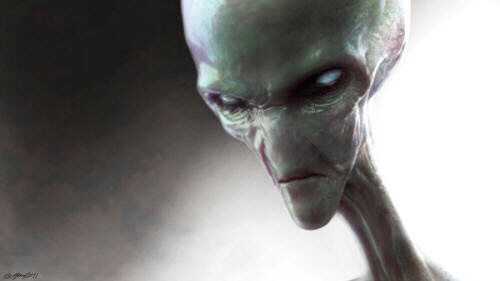 “THE GREAT UNMENTIONABLE EVIL at the center of our culture is monotheism. From a barbaric Bronze Age text known as the Old Testament, three anti-human religions have evolved – Judaism, Christianity, and Islam. These are sky-god religions. They are, literally, patriarchal – God is the Omnipotent Father – hence the loathing of women for 2,000 years in those countries afflicted by the sky-god and his earthly male delegates.

“The sky-god is a jealous god, of course. He requires total obedience from everyone on earth, as he is not just in place for one tribe, but for all creation. Those who would reject him must be converted or killed for their own good. Ultimately, totalitarianism is the only sort of politics that can truly serve the sky-god’s purpose.

“Any movement of a liberal nature endangers his authority and those of his delegates on earth. One God, one King, one Pope, one master in the factory, one father-leader in the family at home…”

Long before the birth of Christianity, monotheism was an anomaly.

Europe and the Near East flourished under the divine guidance of Sophia, the ancient goddess of wisdom. The Earth was venerated as the embodiment of Sophia and thus sacred to the people who sought divine fulfillment in her presence.

This ancient harmonious, nature-based philosophy was threatening to the emerging salvationist, sacrificial creed of Christianity which was based on patriarchal dominion over the Earth and demanded personal suffering as a path to the afterlife.

The old ways could not be tolerated by this alien intruder, and so during the early centuries of the 1st millennium the Christian hordes obliterated every trace of the ancient spiritual traditions, casting Europe into the Dark Ages…

Hypatia was a Neoplatonist philosopher, astronomer and mathematician, whose murder by a Christian mob in 415 AD marked the end of the Classical Era and the beginning of moral and spiritual decline under the tyranny of Christianity.

In the Gnostic Gospels of Nag Hammadi, written in the 1st Century, the writers warn us about the god of the Bible. Known as the “Demiurge” or “Yaldabaoth“, he is described as an insane, demented imposter deity who works against humanity.

“a self-deified inorganic phantom, deluded about his own identity.”

The word “Demiurge” literally means “half-working” or “half-powered” – so called because he can originate nothing, but must imitate what already exists.

The leader of the extraterrestrial Archon race, he is also ,

• Yaldabaoth to the Gnostics

This is the biblical father god of the Old Testament, Yahweh or Jehovah – the god still worshiped by millions of Jews, Christians and Muslims today! 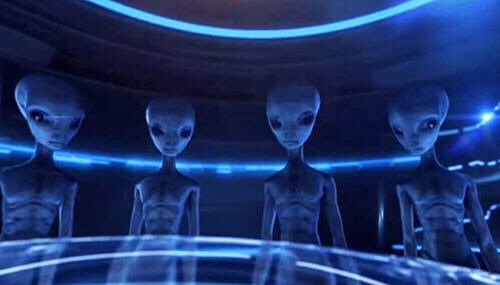 Yaldabaoth is a demented pretender god who claims to be the creator of the material world, and demands slavish obedience from his human subjects, while he works to undermine the evolution and destiny of humanity.

According to the Gnostic writings,

“Yaldabaoth himself chose a certain man named Abraham, and made a covenant with him”,

…and so began the devastating salvationist, misogynistic religions of monotheism that have so devastated our world.

Archons are predatory cyborgs, lacking creativity, but can imitate with a vengeance. Their expertise is simulation (‘HAL’, virtual reality), and the Demiurge fashioned a heaven world, copied from the Sophianic original, but completely fake.

This Archontic heaven is the afterworld for countless humans who are duped by the simulation presented by messianic, salvationist religion (Christianity).

“They (the Archons) sought to overpower humanity in its psychological
and perceptual functions… For indeed their delight is bitter and their
beauty is depraved. And their triumph is in deception, leading astray,
for their own structure is without divinity.”
“The Apocryphon of John,” from the Nag Hammadi Codices

This fake ‘salvation’ by superhuman powers, rather than through the divine potential innate to humanity and aligned with the planetary goddess Sophia, is the hallmark of extraterrestrial religion.

It is the root cause of most of the problems that currently beset humanity.